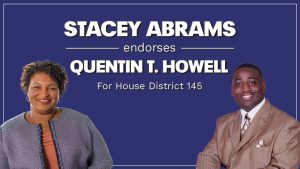 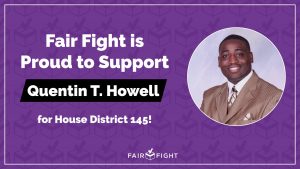 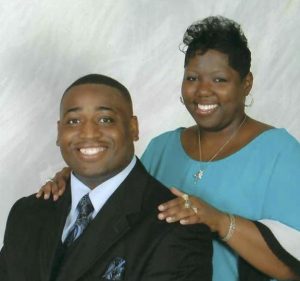 A Baldwin County couple is getting ready once again to participate in the Democratic National Convention, except unlike previous political events, they won’t be there live. Instead, they will participate in a virtual setting amid the coronavirus pandemic. For Quentin T. Howell, chairman of the Baldwin County Democratic Committee, and who serves as chairman of the 10th District of Georgia Democratic Party, this year’s Democratic National Convention marks his seventh 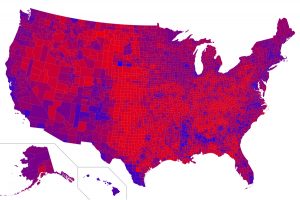 Quentin T. Howell certainly is hoping that the third time is the charm. Howell cruised to victory on the Democratic side of the District 145 House of Representatives race, garnering 73 percent of the preliminary vote. Howell will now challenge Republican incumbent Rick Williams in the November general election. Howell first ran for the District 145 seat in 2010, falling to Rusty Kidd by a vote of 6,285–4,778. Howell again 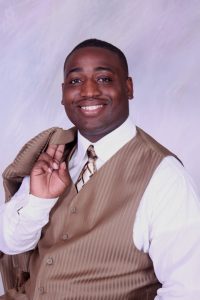 The November General Election picture was made much clearer Tuesday night as a couple of local political candidates defeated opponents in the Democratic Primary. Quentin T. Howell won big over his challenger, Nincoe Byrd, for the Georgia House of Representative 145th District seat. Howell, a well-known businessman who has sought this particular office three different times, garnered a total of 3,467 votes to Byrd’s 1,205 votes, according to unofficial election 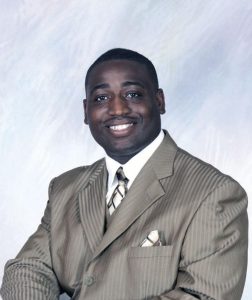 Quentin T. Howell hopes the third time is the charm, as he once again seeks election to the Georgia House of Representatives. In two previous attempts, the 43-year-old Howell, a longtime businessman in Baldwin County and current chairman of the Baldwin County Democratic Committee, was unsuccessful in seeking office. He lost both races to former state Rep. Rusty Kidd, an Independent. This time Howell is hopeful he will prevail. He

It’s now official. Candidates seeking political offices in Baldwin County have paid their qualifying fees and can sit back and wait for Election Day, if unopposed, or launch their official campaigns if they have opposition. Qualifying officially ended at noon Friday. Unlike previous elections, there were a few surprises this time around, including one candidate who decided to withdraw his candidacy for a seat on the Baldwin County Board of

Qualifying continued Thursday for local races and the list of candidates throwing their hat into the ring expanded to include a contested race for Baldwin County Solicitor. Baldwin County Solicitor incumbent Skye Gess qualified Thursday for a four-year term as a Republican candidate. She faces opposition for the post from Democratic challenger Hoganne Harrison, who qualified on Wednesday.  Gess was appointed to that position by former Georgia Gov. Nathan Deal 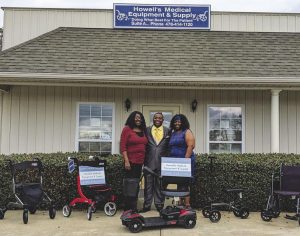 In the late 1990s, Quentin T. Howell found himself searching for a new career after concluding his service to his country as a naval officer. He was living in Savannah when a friend suggested becoming a representative in the medical supply industry. “At the time, there were practically no African-Americans in the medical supply industry in the state,” said Howell. “That intrigued me, and so I started in this business